Prominy has blown me away with their products! The attention to detail and tonal quality is hands down the best I have heard in terms of sampling. At first I thought I would mostly be using it in pre production to come up with ideas but man was I wrong...Im now using it to do lead parts, rhythm parts, sfx, etc. No one can believe these guitar parts are being played on a keyboard!!! Thanks Akihito and keep the libraries coming. I'm a HUGE fan. 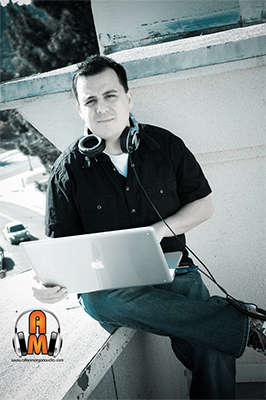 Allen Morgan’s musical experience is as far reaching as the places he has called home. Born in Heidelberg, Germany, Morgan moved to the US with his family at a young age, growing up and attending college in the Washington DC area. While working on his BA in Psychology at George Mason University, Morgan developed his talent and passion for music as a drummer in various rock bands playing venues throughout the US.

Aside from traditional engineering, Morgan has several years experience programming tracks for the dance, R&B, and rap markets. He is quickly becoming one of the most sought after programmers/re-mixers in Nashville and Los Angeles, earning considerable attention from major labels such as BMG Europe, Universal Europe, Jive Records, Univision Music, and Interscope Records.