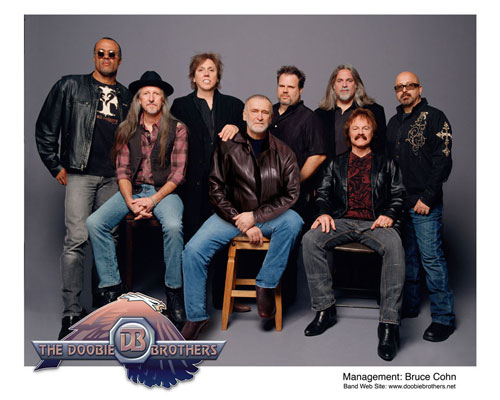 He began his education at the piano at the age of four, progressing from classical to jazz by the time he entered Eagle Rock High School. Under the instruction of John Rinaldo, head of the music department at ERHS, and in the company of other students who would go on to become accomplished professionals, Guy was inspired to take his studies to a higher level. Like his classmates, Carlos Vega, Doug Rinaldo, Roger Ingram, Dave Stone and Bobby Muzingo, Guy was a direct beneficiary of the wealth of expert educators and jazz artists that Rinaldo had in his coterie of colleagues. First studying with John Prince (composer for Stan Kenton, Woody Herman and Doc Severinson’s Tonight Show Band) and then Herb Mickman (Jazz Bass/Pianist with Sarah Vaughan), Guy augmented the diverse style that he was developing as a result of his love for both jazz and pop music. Working hard to deepen his proficiency, he began winning a number of individual jazz festival awards as well as securing a place in the coveted Monterey All-Star Jazz Band.

Guy’s first professional job at the age of 15 was in the pit orchestra of the Greek Theatre in Los Angeles, as Pearl Bailey’s pianist. His first professional studio recording was that same year with the ERHS Jazz Band under the direction of Rinaldo.

After only one year at university studying advanced music theory and restless to perform, he went straight to work in more than a few original bands finally ending up as a musical director for a small show in Reno, Nevada. It was here where he met the members of the band Lodgic, who were working at the Sahara showroom across town. After being asked to join the band, upon the departure of one of its members, he found himself in the company of some of the most creative and inspiring young musicians he had ever heard. The band went through a few member changes before finally becoming the line-up that would be discovered by the members of Toto while rehearsing in Los Angeles. With the help of producers David Paich and Steve Porcaro ? Lodgic (now Michael Sherwood, Jimmy Haun, Billy Sherwood, Gary Starnes and Guy Allison) were able to secure a deal with A&M Records in 1984, releasing their debut effort Nomadic Sands in 1985. Lodgic had a short stint as the opening act for Supertramp but without any real success at radio, did not negotiate a second album deal with A&M.

After Lodgic decided to go their separate ways, Guy was presented with the opportunity to audition for The Moody Blues. Patrick Moraz (appropriately in charge of this particular audition) hired him on the spot as the 2nd Keyboardist, a position he held from 1987 to 1990. Fueled by their successful resurgence on radio, The Moody Blues played sold out shows across North America.

During Guy’s work with the Moodies, ex-bandmate Billy Sherwood and guitarist Bruce Gowdy were putting together a new band. Once Sherwood and Gowdy recruited Mark T. Williams and Guy into the fold, the Progressive band World Trade was born. Their first self-titled album on Polygram Records, produced by Keith Olsen (whose production credits include Fleetwood Mac, Foreigner & Whitesnake), was released in 1989. Although the band didn’t stay together to follow up the album on Polygram’s label, a second release through Magna Carta was produced years later. After the dissolution of World Trade, Bruce and Billy experimented with a new band comprised of Yes members Tony Kaye, Alan White and Chris Squire. After a few rehearsals, Bruce dropped out of the new venture although Billy continued on, cultivating a relationship with Chris Squire (who had appeared as a guest on World Trade’s first album) eventually becoming a member, writer and co-producer with the band Yes.

In 1990 Guy worked with Air Supply’s Graham Russell and Russell Hitchcock on what was their first studio album in 5 years, The Earth Is…, produced by Harry Maslin of David Bowie fame.

When they offered him the piano chair on their upcoming “unplugged” acoustic tour in 1990, he readily joined on (imagining how this could be a bit like Elton’s 11/17/70 album). Guy’s 7 year tenure with Air Supply (which at times included former members of both Lodgic and World Trade) produced 4 studio albums, 1 live album/DVD release and 4 “best of” compilations. Having co-written 6 songs, and with most of the albums reaching multi-platinum status worldwide, Guy enjoyed the accomplishment of a few of his compositions charting successfully in both the United States and Asia (including a #1 in China). Throughout it all, Air Supply toured extensively across the globe, playing to millions in North America, South America, Australia and Asia.

During his time with Air Supply, Guy continued writing and working with Bruce Gowdy and the very talented vocalist Mark Free on a project that was to become Unruly Child. A deal was inked with the fledgling Interscope Records, with 80’s hit-maker, Beau Hill acting as both the band’s producer and A&R rep. Although the band never made a second record for Interscope (due to a disagreement between Interscope’s directors, the subsequent departure of Beau Hill and a changing musical climate at radio) the self-titled 1992 release remains an intensely popular AOR cult classic to this day. The band has since released 2 more studio albums and a behind-the-scenes retrospective to high praise in the worldwide AOR community.

In 1990 Bruce Gowdy introduced Guy to Doobie Brother, John McFee, who hired Guy for Japanese Rock superstar Eikichi Yazawa’s Rock and Roll Army tour. During the many years of subsequent touring with Yazawa, the line-up included legendary and superlative musicians such as Gowdy, McFee, Keith Knudsen, Willie Weeks, George Hawkins, Dweezil Zappa, Albert Wing, Cornelius Bumpus and the Fowler Brothers. This collection of musicians would turn out to be pivotal as Guy developed a long-term association with both McFee and Knudsen that would eventually lead him to studio work on the Doobie Brothers album, Rockin’ Down the Highway: The Wildlife Concert, followed by an offer to join the Doobie Brothers family.

During Guy’s association with them, the Doobie Brothers have generated 2 live album/DVDs, 2 best of albums and 1 studio album, Sibling Rivalry, on which Guy accepted the role of both co-producer and songwriter. They have toured extensively in the U.S., Canada, Japan, Australia, New Zealand, Europe and the British Isles with the type of consistency only experienced by world-class supergroups.

2009 finds the band currently working on a new studio album in association with long-time producer Ted Templeman – their first collaboration since 1982.

In addition to the live work with Yazawa, Guy has been called on to produce, in collaboration with McFee, 3 studio albums for Yazawa resulting in multi-platinum sales in Japan.

In the world of television and film he has employed his talents composing and performing cues for the television series Throb (starring Diana Canova, Paul Walker and Jane Leeves) as well as writing songs for various theatrical releases (including Plain Clothes, Prince of Bel Aire and Mary Kate & Ashley Olsen’s Holiday in the Sun).

With his commitment and drive toward his ongoing musical education and development, and his dedication to harnessing new and emerging technologies, it’s clear that Guy’s artistic evolution continues to thrive.